Merely ten days after returning from the Middle East to America, I found myself once more aboard a trans-atlantic flight overseas, this time connecting through Iceland to France. These long, seven-hour flights have started to become a kind of habit, almost as familiar as the Boston-Charlotte route I use to move between my home and university, yet traveling once again so soon after arriving stateside was more trying than usual– not the least because I had only just readjusted to the Western Hemisphere time zone by the time I found myself leaving once again.

Yet what kept my mind busy on the long flight over wasn’t the time change, nor even the rather heavy turbulence as I flew into and out of Iceland, but the realization that this would, by far, be the longest I will have ever spent away from American soil—before, my time abroad had extended to, at most, a month or two, while now I found myself with the prospect of spending nearly six months apart from my home country.

France isn’t my final destination. Rather, my time here serves as a stopover before I travel even further east, back to the Balkans and to Sarajevo. After a few short days spent in cafes and walking along the Seine in Paris, the City of Lights, I found myself in Nice, the capital and largest city of the Provence-Alpes-Côte d’Azur region. Known better as the Côte d’Azur or simply as the Provence by the French, in English this stretch of coast along the southeast corner of the country is usually referred to by the name given by British and American expats, artists, and writers during the opening of the 20th century: The French Riviera.

I’ve come here once before, after my first time in the Balkans as part of Northeastern’s Dialogue of Civilizations Program to stay at the home of one of my closest friends (who happens to at the time be my girlfriend), a photographer and aspiring journalist who too studies at Northeastern. I’ve since grown to love this little corner of France– it’s rows of olive trees, the green hills that jump from the edge of the sea, and most of all the little towns of Grasse, Le Bar Sur Loup, and Valbonne that rest just twenty minutes inland from the more well-known names situated on the coast: Antibes, Cannes, Monaco and Nice, destinations that draw tourists and expats from around the world.

There’s something about these small towns that have a sense of history, that still carry a sense of a time where artists flocked to this part of the country to catch the light as it glinted off the azure waters, or was caught in the leaves of the olive trees that rest along the slopes of the Alpes-Maritimes. This is a place where little cafes and bistros still dot every corner, where the mayor of Grasse or Bar Sur Loup still knows nearly everyone by name, and where long, drawn-out lunches are still the norm. It’s the France captured in the paintings of Monet, the songs of Edif Piaf, or the prose of Hemingway’s A Moveable Feast— a France that, in Antibes or Cannes is hidden behind the luxury of the wealthy and the bustle of tourism, but here in the quieter reaches of the Provence still rings true.

I’ve started to dedicate my time reading here in a way I haven’t had the chance to in Boston or Amman — Hemingway’s short stories, in particular those that capture the cafes in Paris, but also Camus’ The Stranger, which I found myself consuming within the span of a few days. In the States, I had always been drawn to the literature of the 1920s “Lost Generation” expat writers, which features the likes of Ezra Pound, Hemingway, Fitzgerald and James Joyce, but I’ve found that their words are even more potent when read sitting in a cafe in the very country that inspired many of them to write in the first place.

Here, one feels that they can be a writer, a poet, an actor, an artist in a way that can’t be found on the streets of Boston, so consumed with academics and business and the hard sciences as it sometimes is. France and the French have a way of doing that– a way of making it seem alright to study literature or philosophy, or write novels or poems, in a way that is discouraged in the states in favor of the likes of business, STEM, medicine or other successful professions. As a humanities major myself, it’s a breath of fresh air.

That is not to say, of course, that France isn’t without it’s share of problems. France, and the South in particular, has one of the highest concentrations of Arabs immigrants in Europe, mostly from the former French colonies of Algeria, Morocco and Tunisia in North Africa (and who speak a dialect of Arabic different enough from Levantine Shaami that it is impossible for me to converse with what limited Arabic skills I have). While, like the States, France has a separation of church and state policy, that policy is taken to a greater level than in America, with any and all religious symbols and overt religious practices confined to the private life and banned from the likes of schools and government. For  Catholic Christianity, which has developed alongside secularism, this isn’t much of a problem, but for the millions of Muslims who live in France, the French laicité system seems an unfair burden on their daily way of life, which is much more tied up with their religion than the more secular French.

There is also a problem of poverty. Like immigrant communities in the States, North Africans (both Arab and Berber) live in poorer conditions, with the outskirts of Paris in particular being an entire separate world from the center, which is dominated by the French. Yet whereas Latino/Hispanic culture, the dominate immigrant group in the States, isn’t too different from our own, the differences in lifestyle between the French and North Africans, including but not limited to differences in religion and its place in day-to-day life, is much more drastic. This has caused friction between the French and North Africans, and when combined with the crippling poverty many Arabs and Berbers live in and the current state of terrorism in our world, the possibility for extremism multiply.

It’s a problem unique to France, and one that eventually the French and North Africans will mutually have to find a way to solve. Lately, the recent attacks in Paris and Brussels have further divided the community, with the French distrusting North Africans even more and North Africans sometimes turning to more extreme methods out of frustration as to their second-class place in society.

That being said, having now traveling twice to this part of France, I have found myself falling in love with the Riviera in the same way Monet, or Debussy, or Picasso did in the days before the Second World War broke out. The Riviera has changed since those days, with the advent of a new kind of tourism, a larger and different expat population and a new, challenging immigration population, but it remains beautiful, full of life and touched with a unique kind of French culture that rivals even the likes of Paris.

For now, I once again find myself leaving France behind, with the Balkans ahead– back to Belgrade, to Sarajevo, to start the next stage of my travels. 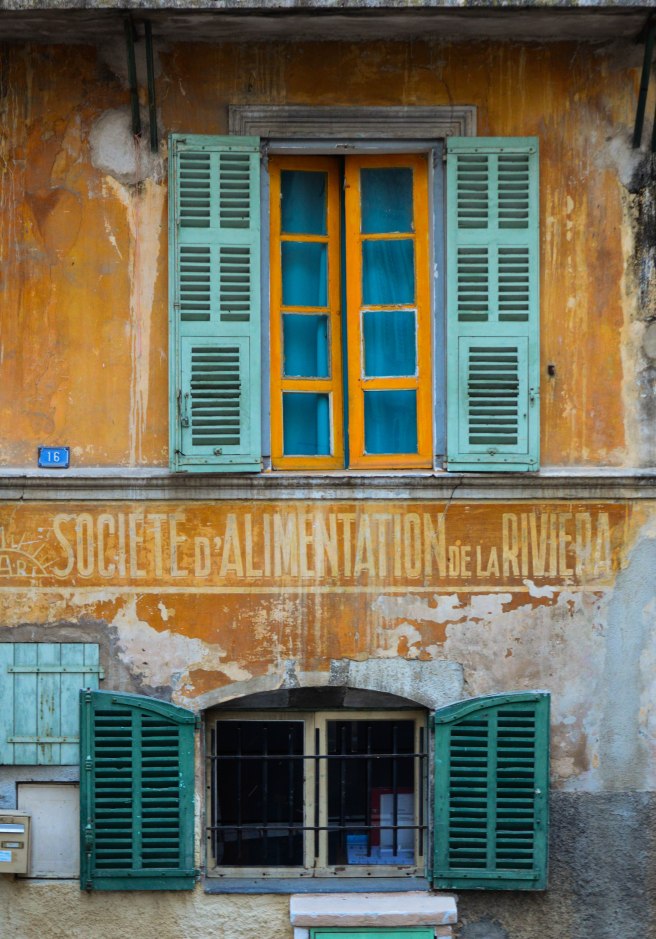